There is truth about Using Aluminum body for Thermistor, after a week of successful run with my newly made Hex Thermistor for my RigidBot 3D Printer (Here is the article how to make one – http://mobilemodding.info/2014/12/diy-hex-thermistor-3d-printers/), I faced the problem and it required to unscrew the thermistor from the hot end…. and it broke. Pieces of M3 threaded bolt broke inside of the hot end! What a bummer ! I tend to believe that apparently aluminum fuses with aluminum during several thermal cycles and thread just bonds, therefore it is very hard to unscrew thermistor without breaking end of it. This is happened to me before I just did not clue in why it happened, I thought I was not careful enough.

So here is the image of disaster:

Now I have to drill out and tap with M3 tap holes on both sides! Yes, I already busted thermistor on other side as well ! Contemplating idea of making hole on the side as well, just to be able to install thermistor on narrow end. Will try this and update with progress.

So my advise DO NOT USE Aluminum body for Thermistor housing, also do not use any thermal grease on the thread, you would have hard time unscrewing it later, happened to me as well.

Here is example of suggested housing: 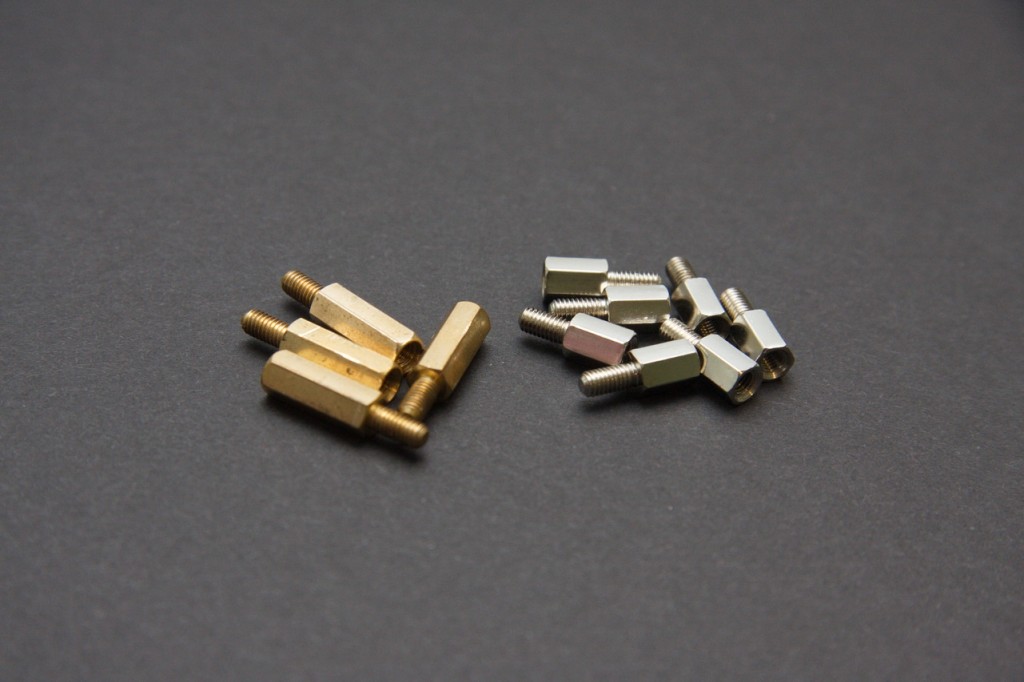 Brass on the left, these particularly a bit too long (10mm), I would recommend to use shorter ones 6mm preferred, 8mm is max, I just snapped these for illustration. Nickel plated copper on the right, 6mm hex/6mm threaded, I think would be the best, also brass would have lower thermal conductivity about 4 times less then copper.