This is updated contraption lets call it LazerBot V0.4 which can be installed instead of 2nd extruder. Can be handy for those fortunate people like me with busted 2nd extruder out-of-the-box 🙂

This mount version is not final (hence 0.4) as well as hardware, but progress is pretty solid.
Adding fan and heatsinks for Laser and Driver allow me to bump power to 750mA on laser, which I believe will output about 1.1W of light energy.

Some specs:
Laser: 405nm Blueray laser ( comes from bluerray writer ) works at 750mA but with reservations ( I really pushing it )
Driver: 4A capable,  Flexmod driver, with TTL modulation 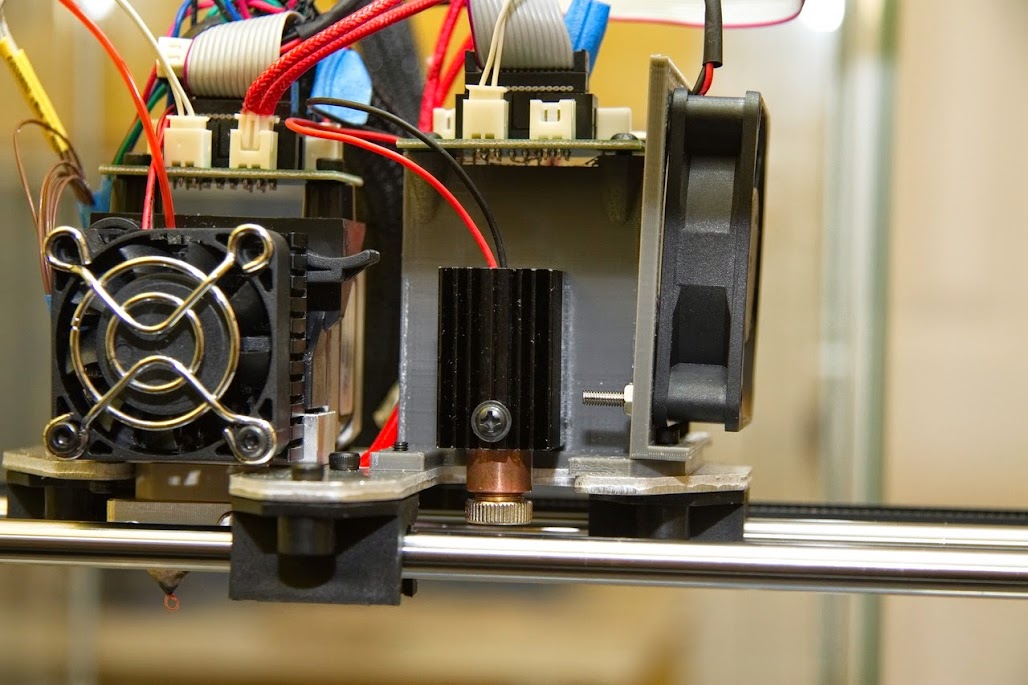 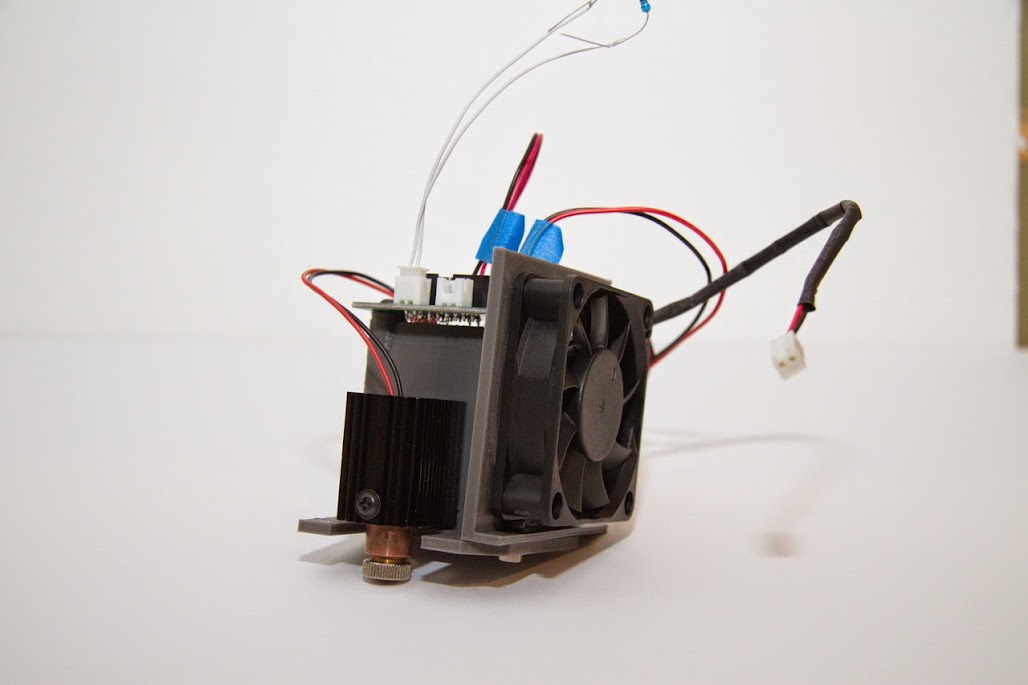 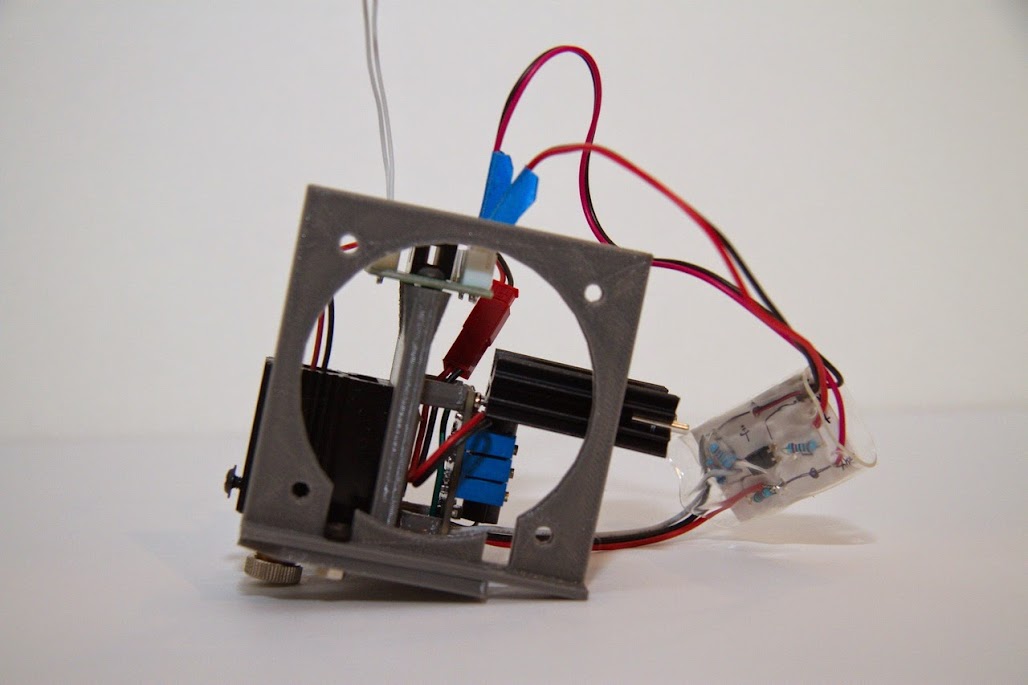 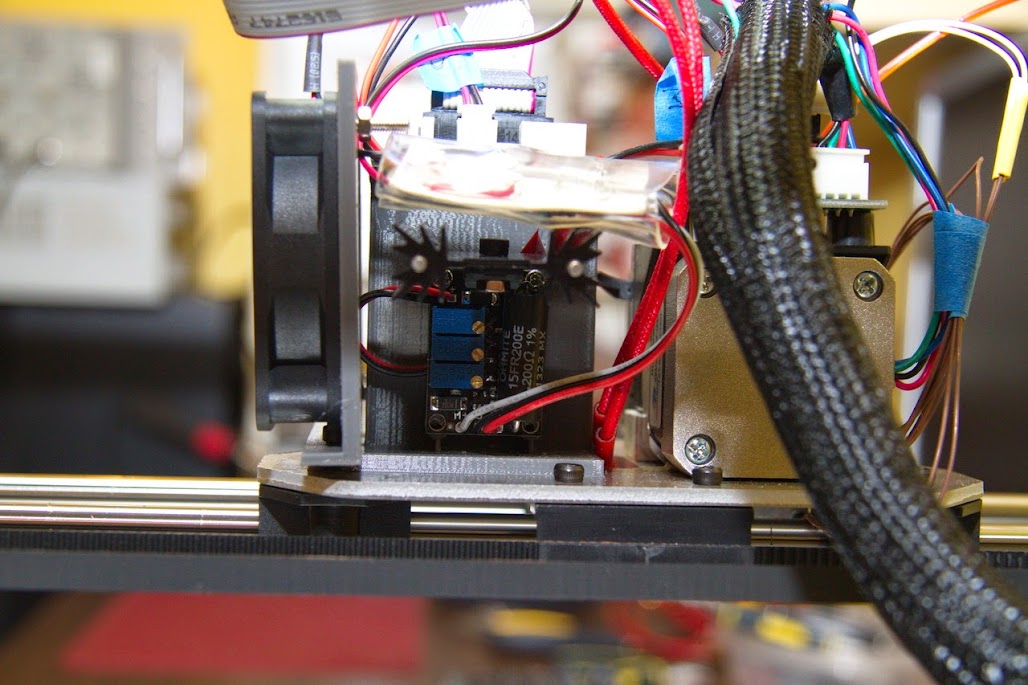 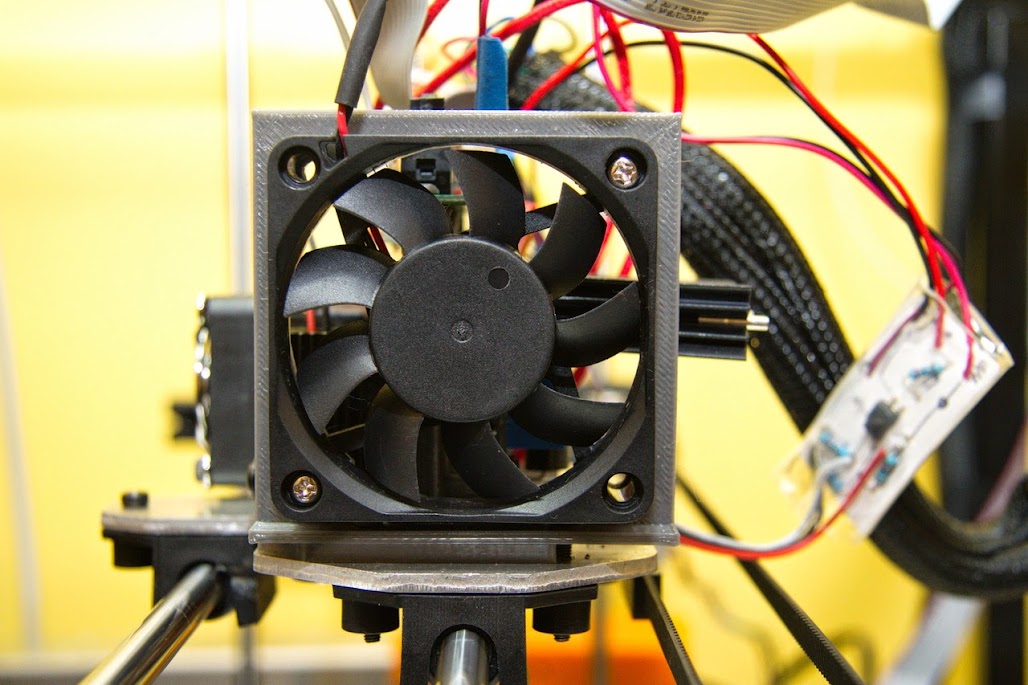