Lets make sure out blue laser doesn’t burn itself

This is build log for the water cooling module for 3W 445 nm Blue Laser ( NDB 7875  ), to allow laser run at 2.4A for extended amount of time. Practically you can use any kind of laser diode in the standard AIXIS style 12mm module, current will be limited by capacity of FlexMod

All 4 DC converters are mounted on acrylic base under the fan, fan connected to one of the ports on Evercool and intended to cool down primarily Flexmod driver. Also have 12V, 5V, 8V dedicated DC-DC converters, 8V is for laser driver and has to be 5A capable. 5V and 12V is for the Evercool module. 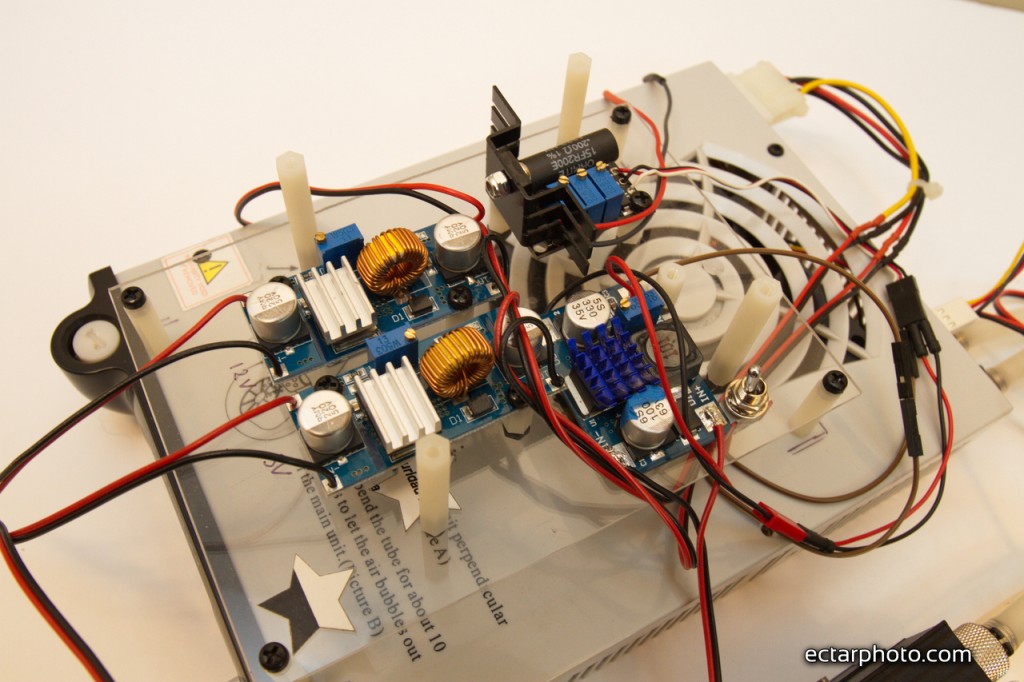 Cooling head consist of 2 video card cooling blocks on both sides of aluminium housing. Housing has 12mm hole for Laser host, and 4mm through hole for the wires.
All placed inside 3d printed hosing, which keeps everything nicely pressed together. There should be thermal compound applied between waterblocks and housing, also between laser host and housing. 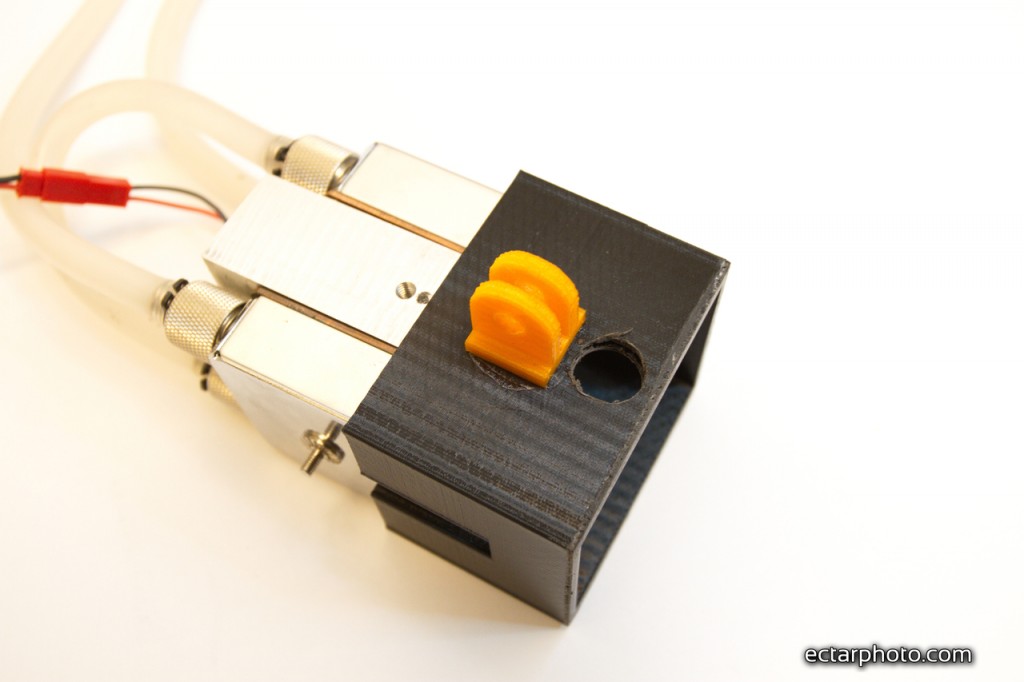 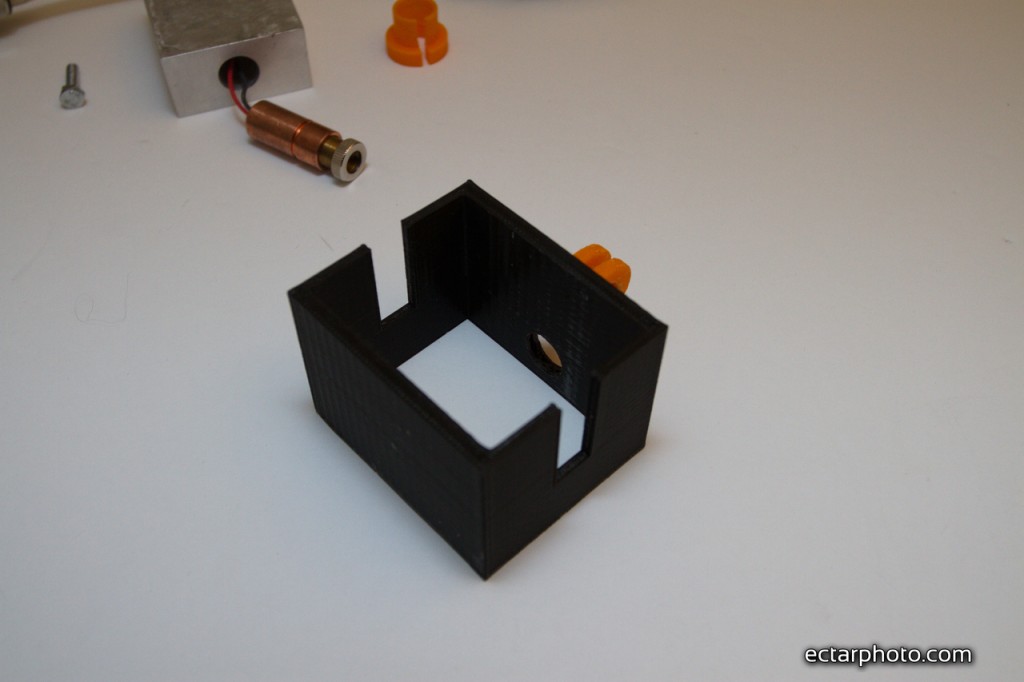 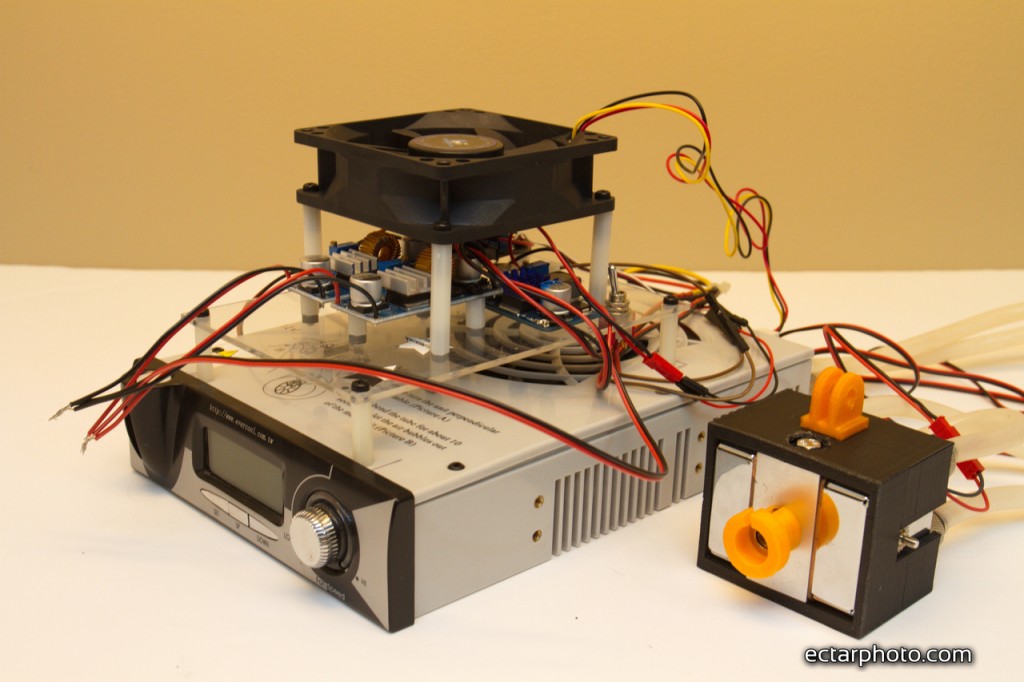 Evercool water cooling module has control which suppose to display temperature ( thermocouple supplied but I broke mine ) hence using thermistors. Knob to control speed of the fans. There is a radiator and fan inside the unit as well as water pump and water reservoir. Evercool module monitors RPM of the fans and pump and beeps when one of the unit in not rotating. Here is the look inside: 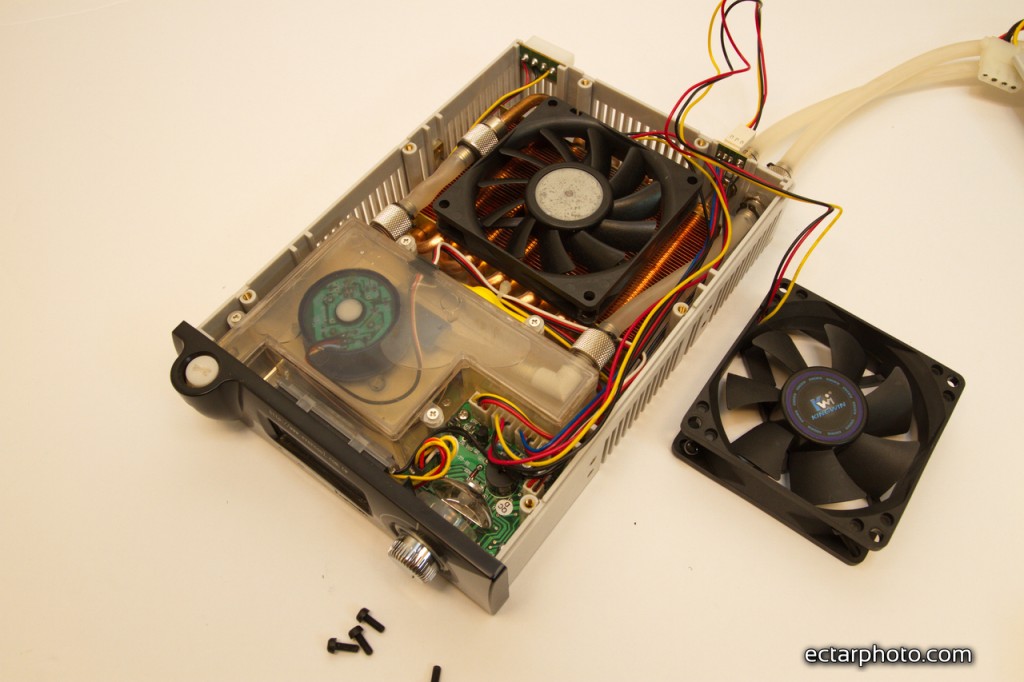 It looks a bit cheesy but it works ok.

Any ides and improvements are welcomed. My next idea is to replace radiator with TEC module and run everything in 5-10C Range also replace aluminium housing with copper as I might get galvanic effect between Cu Water blocks and AL housing and degrade both.